Instilling a winning culture: Interview with John Eales AM 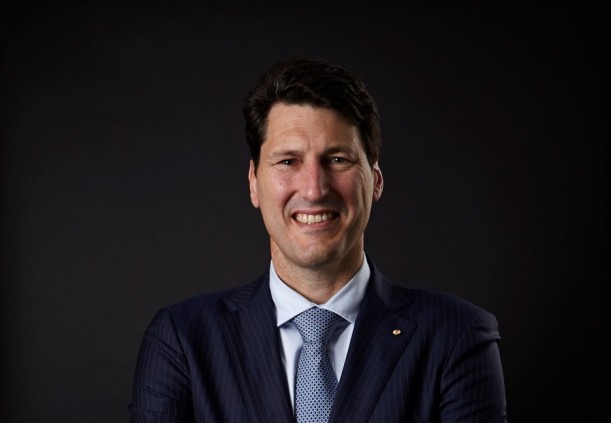 John Eales AM – some background:

John is arguably one of the best players to put on a Wallaby jersey. Debuting for Australia in 1991, John went on to play 86 test matches for Australia, winning two Rugby World Cups, one while he was captain in 1999. This era has been tipped as one of the most successful for the Wallabies. Aside from the World Cup victory, John captained the side to victory over the All-Blacks to retain the Bledisloe Cup between 1998 to 2002 and won Tri-Nations titles in 2000 and 2001.

John founded Mettle Group, a consulting business specialising in consulting organisations on their culture. He sold the business in 2007 to Chandler MacLeod. John is the Chair of Trajan Group Holdings (TRJ.ASX), and a Non-Executive Director on the board of Flight Centre Travel Group (FLT.ASX) and Magellan Financial Group (MFG.ASX).

It was at the time when rugby experienced the shift from an amateur to professional sport that John underwent the biggest cultural shift in his lifetime – it was a shift which would lead to the 1999 Wallabies side winning the Rugby World Cup.

John recounts how one month he and his teammates were playing rugby at the highest representative level but all working other jobs to pay the bills, to the next, when they were being paid to represent their country in the professional era.

But with this shift followed an even more intense spotlight on the team, and with it a new level of accountability. John says the team had to define clear objectives and a purpose to ensure the foundations of a culture that would define the Wallabies and their successes on and off the field were clearly set from the beginning. For him, a big part of this is what he calls ‘Symbolism’ (more on this later in the article): “We wanted it to mean exactly the same for someone who pulled on a Wallaby jersey in the professional era as it meant for someone who pulled it on in the amateur era, because wearing the jersey should have nothing to do with money, and everything to do with what it means to play for this team and what it means to play for your country.”

Establishing what the emblem meant to the players and the symbolism it represented was a critical factor to building the new culture of the professional team.

As John talked about the shifts and changes during this significant period, I probed how they managed to build the new standards, the symbolism and the culture through all of these changes: “It started with our purpose. When we first started on this journey, particularly with Rod McQueen, it was to win the World Cup. But in saying that, we wanted to be a team of which Australia could be very proud. There were certain standards about being a Wallaby on which we said we weren’t going to compromise. Equally, as a team, we were keen to raise the bar on a few of these other things and set the standard for Wallabies in the future, but also for the World of Rugby.”

“For us, it was about winning and being the best team in the world; it was about presenting yourself in a way that people could be proud of the Wallabies; and it was about behavioural standards. If you overlay these with our purpose, then the decision making within all these moving parts became a lot easier.”

I asked John how they enforced the rules and standards amongst the players. The key, it appears, was to effectively implement these standards, the governance had to come from the players themselves. Leadership groups within the squad were responsible for holding each other accountable: “If people are stepping over the standards even by a small margin, then someone was onto them. And it wasn’t necessarily the coach or management who would be keeping the standards. It had to also be the players who would hold each other to account. Governance from within is so much more powerful than governance from an external body…great teams have really strong leadership groups, not just a strong leader, but strong leadership groups.”

The outcome of these strong leadership groups, John points out, is a culture that was self-managed and sustainable.

John described another way symbolism can embody a culture. He used the example of an open plan office which could symbolise an organisation doesn’t segregate people and everyone is part of the same group. This symbolism of inclusion and mutual grounding across all members of the team, be it the CEO or a junior team member, can be a very powerful message about a healthy, inclusive culture. John explained that: “In a sporting team the symbolism comes in the form of the jersey you wear, in a business it’s the brand that means something.”

The second ingredient John talked about is systems: “How do things like reward and remuneration work? Is it seen to be consistent…are people owners of the business? Do they have shares in the business? All of this influences culture.”

For John, systems are paramount to ensuring the right culture can be designed (remember John’s earlier statement; a winning culture is by design, not by default).

The third ingredient is behaviours, as John points out: “It’s all about what’s tolerated and what’s not; there’s that great line that the standard you walk past is the standard you’ll accept. So, what will you stand up for and what won’t you accept?”

I asked John how you know when you have a winning culture. He believes it’s not an exact science: “What may be considered a good and fit for purpose culture in one group may not be the appropriate culture for another group”. Instead of trying to emulate the culture of another team or business, design your own culture around the symbols, systems and behaviours to suit the people within your organisation, not someone else’s.

John did point out, however, there are signs that signal you’re getting it right: “People feel accountable, there’s a sense of trust that goes through the organisation, and also really importantly, a sense of belonging.”

On the flip side I wanted to understand how to recognise the signs of a poor culture and the risks.

For John, it’s clear when you’re in a poor culture: “You’re aware of it, you know it’s suboptimal because people are allowed to cut corners, yet nothing’s said and no-one is held to account.”

Interestingly for John, one of the things that is not necessarily a determinant of a poor culture is poor performance. As he says: “You can be high performing but not have a very good culture. You may have a bullying culture for example, that delivers results but it’s destroying the confidence and the integrity of the people within the organisation and their sense of self.”

For John, the biggest risk of getting it wrong is the outcome you’re trying to achieve is probably not going to be sustainable. He points out that a poor culture may deliver short term results, but it’s unlikely to deliver long term, consistent results.

Outcomes of a winning culture

Given John’s successes on the sporting field and in business, he has ample experience in assessing the outcomes of a great culture: “Number one is this sense of belonging people have…but this needs to be very much aligned to a purpose. If people feel they belong to a team that’s strongly aligned to a purpose, it can drive consistent and long-term vision and performance. For me that’s probably the greatest outcome.”

But John also says that a good culture is not an environment where everything is all sunshine and rainbows: “A great culture can’t just be a warm, fuzzy place where everyone feels comfortable all of the time. A good culture should be testing people, it should be pushing them. They should be feeling uncomfortable at different stages…but they should never feel disrespected. It will be uncomfortable because success has its price and part of that price is discomfort.”

Translating a winning culture on the field to business

I asked John to share whether he has been able to apply the lessons he learned about a successful culture on the sporting field to business: “While I was in sport, I learned so much from people outside of sport and it’s clear success is not isolated to any one area of expertise. A lot of people have been successful in literature, business, journalism and sport, and I don’t think any of the lessons are any more valuable than the others, but I do think you have to be open to learning how you can improve and what should you be striving for in different circumstances.”

It still comes down to designing a culture around the symbols, systems and behaviours that will define that successful culture irrelevant of whether it’s on the sporting field, in the boardroom or playing in an orchestra. The standards you uphold to sustain a consistent winning culture do not prove any less important whether you’re on the sporting field or elsewhere.

The qualities of a leader

I asked John about the best leaders he’s seen in sport and business. He was hard-pressed to name one individual in both settings because he’s had the pleasure of being exposed to several incredible leaders. What he did share, however, were the common qualities of these leaders, and the traits that made them stand out.

For him it is all about characteristics like confidence, strength and humility. But he makes a very important distinction between confidence and arrogance: “Too many people equate humility with meekness or standing back, not putting yourself forward. But you can be super confident and still be humble. You need to be confident in what you’re doing but there’s a big difference between confidence and arrogance, and humility draws that line between them.”

“You can look at it in a slightly different way, the line between humility or arrogance is respect. You can’t be arrogant and truly have respect for the people you’re leading. And I don’t think you can be arrogant and truly respect your opposition in sport or business. So, I think this quality of strength with humility has been the common ingredient that I’ve seen in the great leaders I’ve worked with in sport and business.”

I want to thank John for his time and providing some amazing insights on culture and what makes a successful culture. Feel free to drop me a message if you would like to discuss further takeaways from the interview.

Keep a look out for the next article on this topic. I’ll be interviewing another sporting star who currently plays around the globe, and one with whom I’ve had the pleasure of playing with and being captained by. 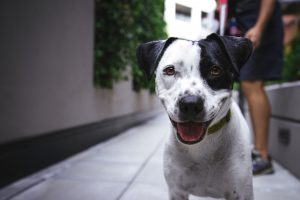 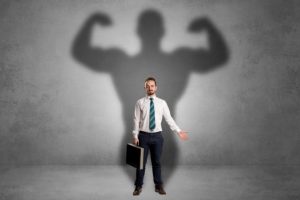