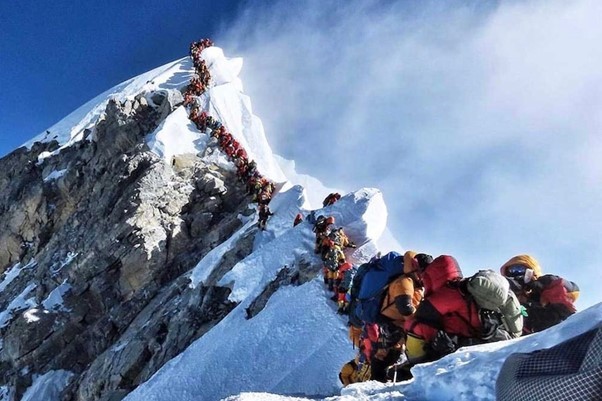 29th May – Himalaya Day, also known as Everest Day, is celebrated in Nepal every year to commemorate the first ascent of Mt Everest by Sir Edmund Hillary and Tenzing Norgay in 1953. In Kathmandu and the Everest regions, special commemorative events and processions are held by the Nepalese communities.

The day also honours the lasting legacy of ‘Sir Ed’, who had a profound impact in the communities of the Everest region. His humanitarian work included building schools, hospitals and providing clean water.

Extending 595,000 km², and reaching a maximum elevation of 8,848m, the Himalaya’s serve as home to more than 50 million people, with another 450 million settled at the base of it.

For the local communities scattered around the Himalayan regions of Nepal, India, China and Bhutan, their access to basic health and education services are limited and often too expensive and out of reach for daily travel.

The Australian Himalayan Foundation (AHF) was founded as an Australian extension of Sir Ed’s work, with his son Peter being one of the founding members. The AHF’s flagship program, the Teacher Training and Quality Education program, is largely modelled on the work of Sir Edmunds’s Himalayan Trust work.

Nearly 30,000 students have accessed one of 300 mountain schools that the AHF have supported. The schools include trained teachers, improved facilities and child-friendly resources.

The AHF have also provided over 22,000 outpatient health services and thousands of immunisations for children and pregnant women in two remote communities in Nepal.

This year, in celebration of Himalaya day, the AHF are hosting #AustraliasBiggestCurryNight ! If you’re able to donate, you can do so via the link below.

Pemba proudly supports the following organisations to help the communities of the Himalayas thrive:

Healing Himalayas Foundation hold weekly drives to clear rubbish and debris accumulated in the Himalayan foothills over many years. They organize special community events to educate and raise awareness of the need for the restoration of the environment.

The Juniper Fund supports local Nepalese families who have been adversely affected whilst working with the mountain climbing industry. Occasionally mountain workers are injured or die and the Fund provides a safety net for workers and their families.

The Ascent | “In Their Own Words” – Tony Faure