Why has such profound importance been attributed to loss aversion? Largely, it is because it reflects a fundamental truth about human beings—that we are more motivated by our fears than by our aspirations. This conclusion has implications for almost every aspect of our lives.

Loss aversion is the idea that losses are more psychologically impactful than gains. It is widely considered one of the most important ideas of behavioural economics.

Why has such profound importance been attributed to loss aversion? Largely, it is because it reflects a fundamental truth about human beings—that we are more motivated by our fears than by our aspirations. This conclusion has implications for almost every aspect of our lives.

What is loss aversion?

Loss aversion is a tendency in behavioural economics where investors are so fearful of losses that they focus on trying to avoid a loss more so than on making gains. The more one experiences losses, the more likely they are to become prone to loss aversion.

Research on loss aversion shows that investors feel the pain of a loss more than twice as strongly as they feel the enjoyment of making a profit.

How it often manifests – ‘selling winners and holding losers’

Many investors don’t acknowledge a loss as being such until it is realised. Therefore, to avoid experiencing the pain of a “real” loss, they will continue to hold onto an investment even as their losses from it increase. This is so they can avoid emotionally facing the fact of their loss as long as they haven’t yet sold the investment / closed out the trade. In their subconscious thinking, the loss doesn’t “count” until the investment is sold and the loss crystalized.

The negative effect of this, of course, is that investors often continue to hold onto losing investments much longer than they should and end up suffering much bigger losses than necessary. That’s what loss aversion looks like in practice.

Why it is important?

How it all started?

Loss aversion was first identified and studied by cognitive mathematical psychologist, Amos Tversky, and his associate, Daniel Kahneman. The term was first coined in 1979 in a landmark paper on subjective probability, but was more notably described in 1992 when the researchers outlined a critical idea behind the bias: people react differently to negative and positive changes. More specifically, their research demonstrated that losses are twice as powerful compared to their equivalent gains.

Loss aversion is a natural human cognitive bias and is a result of many factors, including, but not limited to: an individual’s neurological makeup, socioeconomic status, and cultural background.

How to avoid it?

It’s quite difficult to avoid loss aversion, as it’s tightly ingrained into our psyches. Losing something is a rational fear, but it’s important to weigh up that emotional response against the potential gains. Here are two techniques that might help avoid loss aversion:

The main way to conquer the loss aversion bias is through self-awareness and understanding the context the next time you make a decision.

If you’d like to find out more about what we do at Pemba to combat loss aversion, then please contact me at info@pemba.com.au and I would be happy to discuss further. 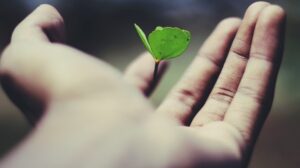 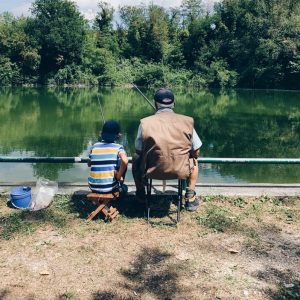